While I knew it had been a while since I had posted to this blog, I would have guessed that it had been 9 months.  Time to start writing again

MTV has a new sitcom called “Faking It.”  The show is based on two teens faking various things to become popular at school. According to an article in the New York Times, “Karma is the more desperate of the two, and the show opens with her latest scheme, to generate sympathy by pretending to have been blinded by a sudden-onset brain tumor.” Since this is a sitcom, there is little doubt in my mind that the teen’s actions will be the subject of condemnation, rather, the teen’s actions will be portrayed as “funny.”  Yes, this did offend me, I find this episode to be incredibly insensitive.  Part of the problem is that people have been known to actually fake a brain tumor for pecuniary gain.  For example, consider the case in 2012 that led to jail for a woman who faked a brain tumor to gather over $16,000 in donations.

To find humor in something that works to the detriment of brain tumor patients and trivializes brain tumors is unacceptable.  My initial thought for a response to this situation is a petition seeking an apology and seeking affirmative action from MTV to provide positive brain tumor awareness.  Please sign the petition I’ve started here.

As many know, I have been trying to raise awareness now for quite some time.  Somehow this week I created what has turned out to be an explosive tweet.  In was tweeted under the hashtag #BTSM and, as of the writing of this post, it had 1,715 retweets and counting. And those are just the retweets captured by Twitter and reported beneath the tweet, i.e, those retweets where the retweet button was used. I have not even attempted to capture any stats related to other forms in which the tweet has been spread around twitter.

The only thing that makes sense is that the photo was, in and of itself, compelling, but I never expected it to garner so much attention.  In any event, the fact that at least 1715 people has engaged with a tweet is both mind numbing and fantastic.  Perhaps this is when real change begins! 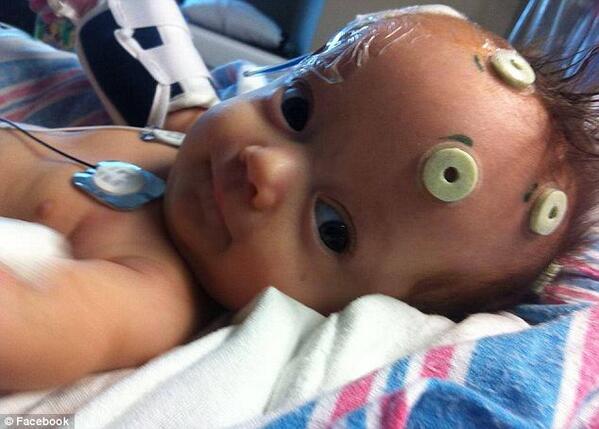 One of my favorite flowers blooming around Easter is the blossoms found on the Dogwood trees that grow nearby.  Why?  If you will briefly study the flower with me, you will see 5 things that remind me of Christ’s sacrifice for us that is celebrated at Easter.

1.  Like all flowers, as they explode from dormant, seemingly dead trees, the blossoms represent life after death.

2.  The four petals form the shape of a cross on which Jesus was crucified.

3.  If you look closely, you’ll see a touch of red/brown, which is reminiscent of the blood Christ shed for us.

4.  The center of the blossom reminds us of the crown of thorns that was forced on the head of our Lord.

5.  The white of the flower reminds us of the purity of the Son of God.

Isn’t it amazing that nature provides us with reminders of who God is?  All we have to do is slow down to look and listen.

This is a story worth reading.

Dancing On My Ashes

Through the month of March, we’ve had a guest series called “This is my story, this is my song.” There were personal journeys of hope, victory, courage, and redemption that you needed to hear! I know, I know, it’s April… but I have another ONE!

This series has been too much fun! We can’t stop… we won’t stop… (Eek! I’m sounding like Miley Cyrus.) I (Heather) can’t wait for you to meet Preston! He’s the first male appearing on our blog! {insert applause machine.} Psh—this blog’s not just for females anyway. I’m so thankful he agreed to share some of his journey with you. I met Preston years and years ago when he was hired as the photographer at the university where I was employed. He is so personable and joyful! Once you’ve met Preston, you won’t forget him! So nine years later, when our paths crossed again, I was…

What is your relationship to someone with a brain tumor?

Note:  a participant may check more than one answer, which is why there are more answers than participants.  The percentage are calculated as the percentage of answers to the total number of respondents.  Thus 10 out of 15 answered that they have a brain tumor which yields 66.67%

Are you likely to support the legalization of marijuana in your community as a treatment for brain tumors?

I’ve read a lot about the possibility that marijuana can be used to treat brain tumors, so I thought that I would survey the brain tumor community using social media.  I have no idea whether I have designed correctly, asked the right questions, or enough questions for it to be relevant, but it should prove interesting any way.  At some point, I’ll pass along the results.

It is exciting to discuss the brain tumor awareness campaign results for March 2014 because they anchor an effective first quarter of 2014.  We amassed around 10,500 tweets from nearly 6,000 participants, yielding approximately 97,000,000 time line deliveries.  The March numbers were influenced by a solid performance in the campaign last week.

There is one number reflected in the quarterly that I find suspicious: 49,000 participants.  It just seems to be too high.  In the past, I would not have worried much about the participant number; I was just focused on the time line deliveries.  However, I have recently become convinced that the number of participants is at least as important as time line deliveries, if not more so.  The bottom line is that thousands of people are tweeting and/or retweeting about awareness and touching time lines hundreds of millions of times.  We can help but increase awareness at these levels.

My last observation is that we are on track for over a billion time line deliveries in 2014.  That to me is a stunning and exciting fact.